Mojo Productions Private Limited, a new age media company having a decade long experience in producing meaningful and entertaining content in a mixed genre of CinemaScope, co-founded by Joy B Ganguly (former founder and director of Moxie Group). The company has a well-equipped team of professionals who had proven themselves by their work and became niche player of small budget, independent films in the Indian/Regional (Bengali) market.

It intends to expand further into the motion picture business with small- budget Hindi/English films having an estimated cost of INR 30 million to INR 50 million, and regional (Bengali) films with estimated cost within INR 15 million. These films will be at the core of MPPL’s motion picture business and the prime target audience will be the urban class as well as the Indian / Bengali diaspora.

Based on the years of experience, the Company’s believes that the mid-budgeted films have a better success rate than mega-budget films, which may bring disastrous financial consequences if they do not fare well at the box-office. MPPL has the capability and core strengths to produce such films.

In addition to targeted release of at least one English/Hindi film every year,MPPL will continue producing small-budget regional films in Bengali with a target release of about two- three releases every year. It has also entered the emerging national digital and web-series market in the general entertainment section by creating new age dynamic and clutter breaking content.

To mention its new age venture that contributes to the society in generating employment as well as infrastructural development of production facilities, MPPL has developed the “SATYA STUDIO PARK”-a studio complex built-up in an area of 5 acres located within Kolkata’s vicinity. A state of the art Film and Television shooting complex, completed with 4 studio floors ranging from 10,000 sq.ft to 4000 sq.ft in area at the heart of Kolkata in Phase 1. The Phase 2 of “SATYA STUDIO PARK”, the development of which is in progress, will also include post production facilities, residential and other equipment rental services.

Joy B Ganguly (37 years) embarked on a journey that led him to produce role in the making of the landmark, Bengali crossover film “The Bong Connection” (2007). After completing his Bachelor’s degree in Business Administration from the US he has gained experience in several private multinational companies before returning to India in 2005. He was the former co-founder & executive Director of Moxie Group and co-produced several TV series and several feature films. He also has a diploma from New York Film Academy and serves on the board of directors for Fame Per Second (P) Ltd, SucharitaPrinters (P) Ltd and is a consulting partner at Paramount Plastics. 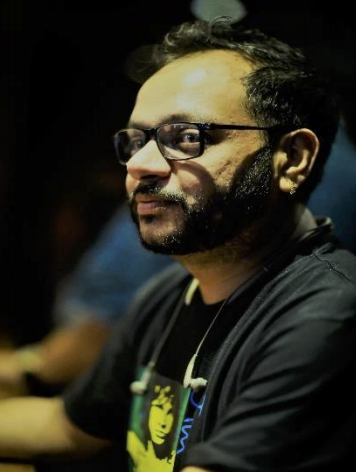